The Shaw Funeral Home was founded in 1933 by Charles C. and Hazel Shaw at Boise City, Oklahoma which is located in Cimarron County at the westernmost part of the Oklahoma Panhandle. ‘Charlie’ Shaw had completed his course of study at the Cincinnati (Ohio) College of Embalming in the previous year of 1932, and both had been classroom teachers in Dewey and Cimarron Counties. The funeral home was established on borrowed money during the worst time of the Great Depression. The events and hardships in the lives of Charles and Hazel Shaw during that time have been chronicled, along with others, in the Pulitzer Prize winning novel, The Worst Hard Time, by author Timothy Egen. The location of the funeral home was moved to Vici in the fall of 1937. The couple had lost their one year old daughter, Ruth Nell, to dust pneumonia and this move was made primarily to protect their son, Charles Warren, from the same fate as had overcome their daughter-and many others that endured the ‘dust bowl’ days of America. The ‘undertaking parlor’ of Charlie Schramling and John Irwin of the Schramling and Irwin Hardware Store was originally puchased by the Shaws for five hundred dollars. The hardware undertaking establishment of Mr. Gail Wing of nearby Camargo was added shortly thereafter and a new location for this combined business was founded in a rented storefront building on the south side of Broadway in the middle of the business district of Vici. The new business offered, for the first time, the service of embalming as well as a complete selection of ‘store-bought’ caskets and an attractive ‘reposing room’. During the war years of WWII, the location of the business was once again moved-this time to the north side of Broadway to a building owned by Charles’ brother, Dr. Clay Shaw. The family firm remained there until after the accidental death of Charles and Hazel’s youngest daughter, 20 year old Jean Beth, in 1958. In the following year (1959) a new funeral home facility was completed in memory of both Charles and Hazel’s beloved daughters. This facility, along with the expanded service offered by both facility and personnel, continues to serve every conceivable funeral service need of the community. Through the years other funeral homes operating under the family name have been established and offer full funeral service in neighboring communities of Taloga, Leedey, and Arnett. Charles and Hazel Shaw’s son, Charles Warren, joined the family firm in 1961 after his graduation form Panhandle A & M College with a degree in business and then from The Gupton-Jones College of Mortuary Science. Three years after joining the firm, he left it for a bit, four years, to instruct embalming and other mortuary science related courses at Centeral State University in Edmond, Oklahoma – now designated as the University of Centeral Oklahoma. This was the first program in the USA to offer a bachelors degree in the field of mortuary science. With the failing health of Charles C. Shaw, Charles W. returned to Vici in 1969 along with his wife, Joy, (also a licensed funeral director) and their three children and assumed the operation of the Shaw Funeral Home. The senior Charles Shaw continued to be active in the firm until his death in 1971. Hazel Shaw, herself a funeral director, continued to assist with administrative duties at the funeral home until she reached the age of 90. She passed away in 2003 at the age of 99. In the year of 2000, our staff was blessed with the addition of Bart S. Watkins and his wife Kimberly. Bart came to us with a university degree in health and physical education from Northwestern Oklahoma State. He returned to the University of Central Oklahoma and, one year later, obtained an additional bachelor’s degree in Mortuary Science. At that time Bart and Kimberly assumed principal ownership of the Shaw Funeral Home and assumed its management. Charles and Joy Shaw continue to remain on staff at the funeral home and to assist in all phases of their lifelong work. They now have, however, the dream of freedom to visit their three children – daughters Allyson and Jennifer, both teachers, and son, Trevor, a soldier in the US Army – as well as our nine grandchildren. As the author of this history of our firm, I wish to take both the liberty and the great pleasure of informing you, the reader, that God has blessed us abundantly with family. That family includes many, among which are our parents, children and grandchildren, most certainly, but also, you, our many friends who have privileged us with your trusting patronage and love throughout the years. Not least among ‘family’ is Bart and Kimberly who not only have carried on the precise Shaw family tradition of genuinely caring for those that we serve – but have shared their genuine affection, love and concern for Joy, myself and our immediate family. Our Lord could not have been more kind to us – and we are extremely grateful for His love and caring oversight for ourselves as well as our community! 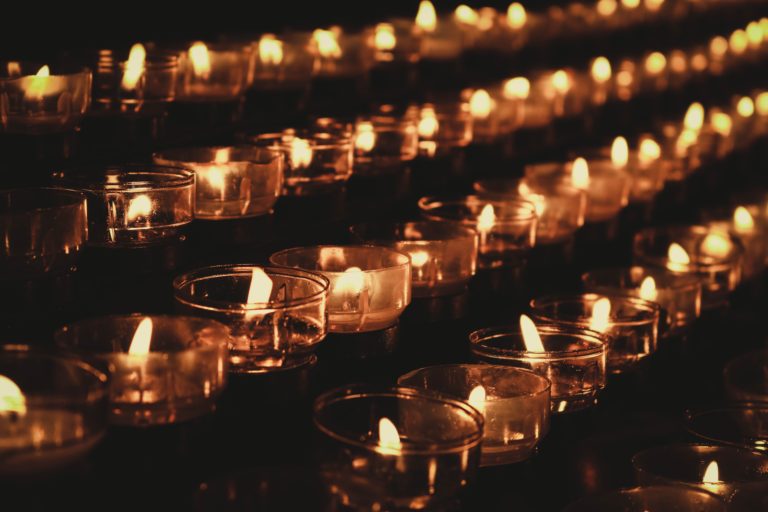