Genda Funeral Homes offers a variety of funeral services, from traditional funerals to competitively priced cremations, serving Frankfort, IN, Mulberry, IN, Rossville, IN, Flora, IN and the surrounding communities. We also offer funeral pre-planning and carry a wide selection of caskets, vaults, urns and burial containers. n the early 1900’s Reinke Chapel was known as D. B. Myer Funeral Home. Like many early funeral homes, it was also part of a furniture business. In 1922, William J. Leiter became a partner of the funeral home, and it became known as Myer Leiter Funeral Home. In 1927, upon the death of Mr. Myer, Mr. Leiter bought the remaining interest in the firm. In 1930, Leiter moved the funeral home to its current location at 103 N. Center St., previously known as the K of P building. Jerry and Phyllis Reinke became part of the firm in 1968. In 1969, Mr. Leiter retired and sold the remaining interest in the business. The name was then changed to Leiter-Reinke Funeral Home. The Reinkes were very involved in the Flora and surrounding communities. Their son, Jerry Jr., came and worked in the family business in 1992. In 2003, he became part owner of the business. The father and son worked together until Jerry Sr. passed in December 2010. Jerry Jr. continued running Reinke Funeral Home until 2012, at which time they sold the Flora funeral home to Mark, thus completing the Genda Funeral Homes Family.

Genda Funeral Home – Reinke Chapel is well-equipped to display memorial or tribute videos of a loved one as they both offer video packages and have the means to display the tribute at the service.

Memorial Tribute Video Offered: Available for purchase or included in some packages
TV: Television displays are available and suitable for memorial or tribute videos. 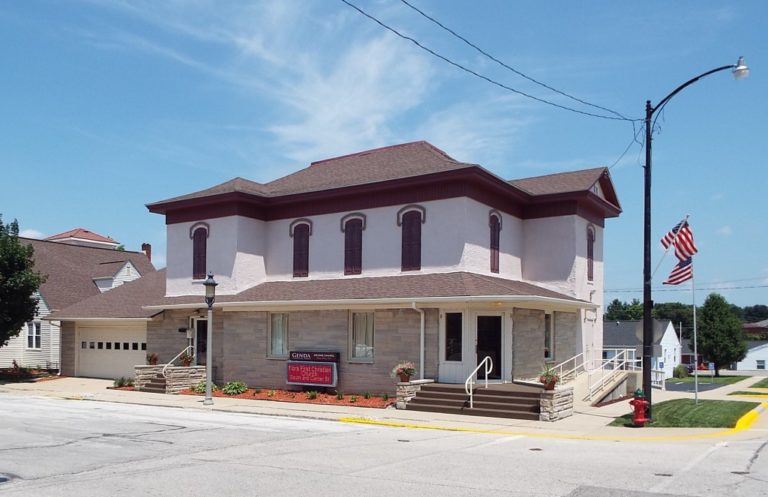